The condition is the unusual shaping of a baby’s head, especially when viewed from the top, back and sides. There is sometimes a pronounced flat spot on the back of the head, which sometimes goes with a specific bald spot where the baby’s head always has pressure against it. Placing your fingers in your baby’s ears will help you see, an ear shift. This can suggest positional plagiocephaly.

The condition is not that uncommon. There has been a recent, dramatic increase in the number of children with ‘Flattened Head Syndrome’ mainly due to the ‘back to sleep’ campaigns to help protect babies from Sudden Infant Death Syndrome (SIDS). Since more children are sleeping on their backs, more seem to develop some flattening of the back of their heads.

Up until 1992, the risk factors associated with plagiocephaly were considered to a direct result of in utero constraint and congenital torticollis. After 1992, infants were recommended to sleep only on their backs to reduce the chances of SIDS, craniofacial centers began to see a dramatic increase in plagiocephaly. The interesting thing to note is that, not all babies who ‘back sleep’ develop plagiocephaly.

It has also been noticed over the recent years that extended use of car seats, infant swings, and bouncy seats are also contributors to plagiocephaly. In these devices often the back of the head is pressed against an unyielding surface. While use is not a concern in some, extended use, especially allowing infants to sleep in them, increases the chances of plagiocephaly.

Plagiocephaly, does it affect brain development?

The resounding answer here is YES! In light of the recent developments in brain research that is being published in prestigious journals like Pediatrics and Craniofacial Surgery, it is becoming now clear that we are starting to get great 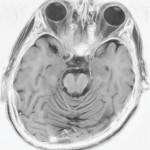 insight into how the brain (most immature of the organs at birth), continues to grow and develop after birth.

Before the 1990’s, it was believed that the brain was a predetermined genetic map that unfolded through our life. But we now know that it is a highly dependent structure that is molded through a child’s environmental experiences.

When born, a baby’s brain is immature and its brainstem is what is responsible for a baby’s survival.  Primitive Reflexes, sleep wake cycles, control of digestive system and regulation of heart and breathing is all governed from the brainstem. These systems give us a window into how well the brainstem is functioning and how well the higher levels of the brain are going to develop.

Further studies by Miller and Clarren showed that ‘39.7% of infants with deformational plagiocephaly had received special help in primary school including: special education assistance, physical therapy, occupational therapy or speech therapy’. It concluded these infants were in a high-risk group for developmental difficulties and motor control during their school-age years.

A city in southern China, Chengzhou of Hunan province, have a school that pledges that they can have children at their school being able to recognise words at 2 years, reading by 3 years, entering high school at 7 years and then beginning university at the age of 15 years. The catch here is that they only accept ‘children with an evenly round skull’.

If your child is exhibiting signs of plagiocephaly, taking them to a properly qualified practitioner for early assessment, intervention and correction of structural and functional issues are important strategies in assisting these children reach their full potential.

1. Tummy Time. Babies cannot get enough tummy time. This can help stimulate the upper neck muscles that activate nerves to the balance areas of the brain (cerebellum), which helps with motor co-ordination and cognitive development. Try to give active tummy time at least 3 times per day and start from birth. Good places are when changing the baby or on the parents belly. Tummy time can be as little as 30 seconds.

2. Vestibular Integration. This involves placing the baby face down on an exercise/swiss ball or large beach ball and gently rocking the baby back and forth. What this does is drives the cerebellum to fire and then engage the postural muscles of the spine. It should be done for about 2minutes, 3 times per day.

3. Counter positioning. This involves repositioning the baby’s head on a consistent basis, so that they do not rest on the flat spot. It is most effective between birth and four months of age. During the daytime laying the baby on their sides for playtime and also for some day sleeps has shown to have some benefits.

4. Reduce the amount of time the infant spends in car seats, carriers, swings or any other device that allows the child to rest on the back of the head.

5. Sleeping. Infants should always be placed on their back to sleep. But modifying their position that they sleep in can be effective. Some ways to reposition:

6. Feeding. Alternate the arm in which the infant is held for both bottle and breast-feeding

7. Changing Diapers. Approach the changing table from a different side each time can stimulate the baby to turn and move their head. Also diapers can be changed from the side, with standing on the side that encourages movement away from the flattened side.

8. Travel. Minimise time in car seats and allowing the baby to sleep in the car seat whilst they are not in the car. If extended travel is required, towels can be rolled to help position the head on one side or the other to help reduce 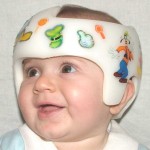 9. Helmets.These are medical interventions that help to remodel the skull to the perfect shape. These are great in improving the shape of the skull but are not good for the functional and neurodevelopment of the child.

10. Mimos Pillow. We recommend the Mimos pillow which has been shown to be effective in reducing and redistributing pressure. It increases the surface area that the head contacts by 400%. For further information on the Mimos pillow click here.

The watch and wait approach being adopted is no longer a viable option. Waiting for the neurodevelopmental delay signs to be present before acting is not effective, especially when we can assess normal development by checking for inhibition of the primitive reflexes and the emergence of motor control, which develops in a head to toe fashion.

Sign up to receive Neurohealth’s Free monthly health newsletter on the Right Hand Side of this page. Filled with great information and lots of easy health tips to keep you at Optimal Health!

This article is written by Dr. Steven Cannon, Chiropractor @ Neurohealth

About the Author: Steve